Our story dates back to and starts in 1877

The Newcastle Falcons story dates back to 1877, when a group of old boys from Durham School met in a private house in Gosforth to discuss the formation of a new rugby club in the area. From there, the Gosforth Football Club was born, with its first game taking place in November of that year.Maintaining its links with Durham School, Gosforth played in the school's colours of green and white hoops, right through until the 1990s.Five years after foundation, Gosforth merged with another local club, Northumberland, and assumed their name. However, in 1887 they changed back to Gosforth.The club had a host of homes right up until the middle of the 20th century, and in the early years had to play wherever and whenever they could - with grounds at various stages including Ashburton Meadows, South Northumberland Cricket Ground and Regent Road.Gosforth's members were among the massive numbers to suffer losses during the First World War but the club reformed in 1919 despite these tragic deaths, sharing the Northumberland County Ground with traditional rivals, Northern. 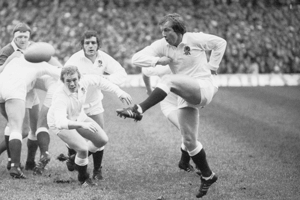 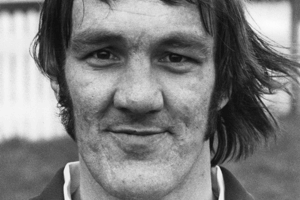 Gosforth continued to establish themselves on the local scene, although the Second World War brought rugby to a halt for six years, and it was only the efforts of some former officials in setting the club up again which stopped it from disappearing altogether. An amazing fundraising effort eventually saw a total of £10,000 gathered to help the club's efforts to purchase a ground of its own, and in 1951 they bought land which eventually become their home.

The ground officially opened in 1955 after much work, and the club became more ambitious, with the likes of Scotland and Lions wing Arthur Smith and Ireland and Lions prop Ray McLoughlin playing for them. Gosforth increasingly dominated local rugby, and their stature on the national scene was also growing at a pace.

In the 1971/2 season the club was captained by Jack Rowell, who would later go on to coach Gosforth, Bath and England successfully. With no league tables as such, Gosforth's rising success was measured by their illustrious fixture list and their triumphs in the 1976 and 1977 John Player Cup - the forerunner to what would later become the Powergen Cup. In 1976 they beat Rosslyn Park 23-14 in the Twickenham final, and then a year later a 27-14 win over Waterloo saw them retain the trophy. 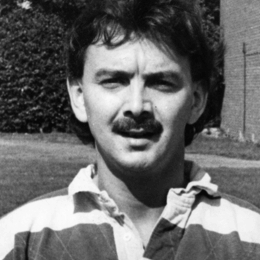 In 1981 the club again reached the John Player Cup final at Twickenham, although they were to lose out to Leicester on that occasion. However, despite reaching the latter rounds of the competition, the club never really commanded the same sort of dominance in the ensuing decade.

Despite some comparatively lean years, however, a major transition was on the way. In 1989 Gosforth sold their North Road Ground for £1.7million to a housing developer and set about purchasing the Newcastle Chronicle and Journal sports ground at Kingston Park for only £55,000.

The club spent a season playing at Percy Park RFC while work was completed on Kingston Park, and in 1990 they moved into their new home, also under a new name - Newcastle Gosforth.

Up-and-down results and financial problems beset the club, and in September 1995 it was to undergo another major change when Newcastle United Football Club chairman Sir John Hall realised his long-held dream of establishing a Newcastle Sporting Club, encompassing rugby union.

The move was facilitated by a recent change to legalise professionalism in the game, and with Newcastle Gosforth's fortunes on and off the field diminishing somewhat, Hall's involvement could hardly have come at a better time.

Hall's new Sporting Club held 76 per cent of the shares in the club, while the other 24 per cent was held by the Newcastle Gosforth members. The '24 per centers' as they are known, continue to provide valuable support to the club.

Having secured the club's future, Hall then set about instituting one of the biggest makeovers in sporting history, recruiting Wasps and England fly half Rob Andrew as Director of Rugby and star player, alongside a raft of other high-profile signings. Dean Ryan and Steve Bates were enlisted as key coaching and playing figures, while the likes of All Black Inga Tuigamala, Scotland stars Gary Armstrong and Doddie Weir, and England's Tony Underwood soon followed. 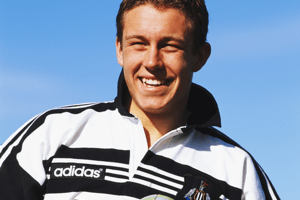 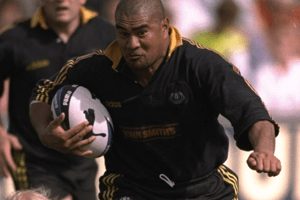 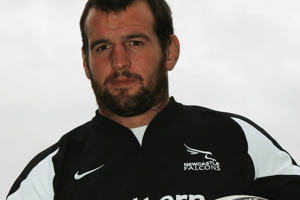 The 1996/7 season would be the club's first as Newcastle Falcons, while also marking a change of home colours to black and white. That season saw the team rise through the second tier of English club rugby and clinch promotion to the Premiership, scoring masses of points on the way.

The 1997/8 season was then to go down as arguably the biggest in the club's history, as the all-star squad sensationally went on to lift the Allied Dunbar Premiership trophy in the first season back in the top flight.

Beating a World XV in the Sanyo Cup at Twickenham in the ensuing weeks, the Falcons were back at Rugby HQ in 1999 when they lost to Wasps in the Tetley’s Bitter Cup final. They avenged that defeat in 2001 when a last-minute try from Dave Walder saw them beating Harlequins in a pulsating final, Newcastle winning the final again in 2004 under the Powergen Cup name with a victory over Sale Sharks.

The Falcons won their first ever Premiership 7s title in 2011 having lost the LV= Cup final to Gloucester earlier that year, and although they were relegated from the Premiership in the summer of 2012 they bounced back straightaway by beating Bedford in the 2013 RFU Championship final. 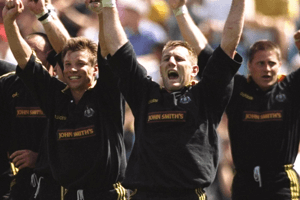 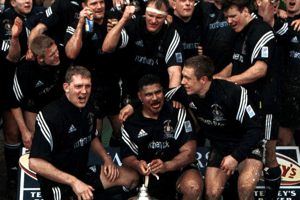 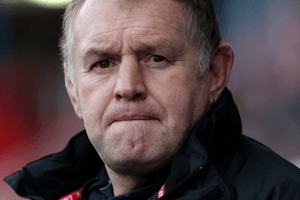