Motivating, educating and inspiring via the power of sport

The Falcons Community Foundation (reg. charity 1107851) has been in existence since 2005 and is responsible for the delivery of the Newcastle Falcons’ community objectives.

Over the past years the reach and impact of the Foundation has grown exponentially.

Our aim is to motivate, educate and inspire via the power of sport.

We work across five pillars of activity: club development, grassroots sports, health, social inclusion and education over a wide range of programmes.

To donate, or fundraise on behalf of the foundation, click here

Run across all three counties, the Continued Professional Development courses run by the Falcons Community Foundation allow regional coaches of all ages and abilities the chance to learn from the professional first team coaching staff and players of Newcastle Falcons.

The ever-popular Land Rover Premiership Rugby Cup sees aspiring young rugby players across the country getting the chance to play a series of matches against other teams from their local area.

Youngsters attending the Land Rover Premiership Rugby Cup grassroots festival will also have the chance to meet Newcastle Falcons players. The players will be offering advice for aspiring young rugby players, meeting the clubs and families who make these festivals so special and watching the next generation of talent in their matches.

The Land Rover Premiership Rugby Cup has seen nearly 68,000 children take part to date, from all over the country, providing opportunities for under-11 and under-12 players to play, develop and excel in the game. So, get involved and support the young stars of your local clubs.

Project Rugby is a joint initiative between Premiership Rugby and England Rugby designed to increase participation in the game by people from traditionally underrepresented groups. Rugby is a sport for everyone – no matter what their background or ability and has a unique ability to change lives, bringing increased self-confidence, resilience and improve individual wellbeing.

A key part of the grassroots rugby pillar, our match-day festivals offer an opportunity to local rugby teams from ages under-7 to under-16 to come to Kingston Park and play rugby. In line with age grade regulations, all age groups have a chance to play tag, touch or contact rugby on the main, west and other pitches around Kingston Park as well as claiming free tickets to Newcastle Falcons fixtures. To enter, please contact gavin.beasley@newcastle-falcons.co.uk

In partnership with Greggs Foundation, Tacking Health is a strand of Premiership Rugby Champions and is an interactive programe for children aged seven - eight, which takes a holistic approach to teaching children about their own health, wellbeing and about leading a healthy lifestyle with a rugby focus. For more information about Tackling Health, including how to get involved, please visit: click here.

Supported by Movember Move Like a Pro is a Premiership Rugby 12-week men’s health initiative, aiming to get men over 35 active again. The programme combines physical sessions with weekly topical indoor sessions on key healthy lifestyle messages such as healthy eating, alcohol and mental health. For more information click here.

Newcastle Falcons’ Summer of Touch series runs each season from May to August. With taster sessions, an eight-week touch league and a Beach Touch festival, it’s a great way to get involved in activity throughout the rugby off-season. Mixed gender and all abilities, teams can enter from social groups, clubs, workplaces, or just a group of mates. For more information email gavin.beasley@newcastle-falcons.co.uk.

Based at Eldon Leisure in the centre of Newcastle, Join Newcastle Falcons HITZ to gain your Active IQ Level 2 Certificate in Fitness Instructing (Gym).

We’re working with partners SCL to train learners to a professionally competent level, enabling them to prescribe, plan and deliver safe and effective exercise programmes within a gym or health club environment as a Level 2 Fitness Instructor.

Take the first steps towards your career as a fitness instructor. 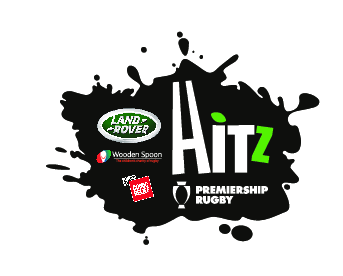 Sport Relief have this year supported the Newcastle Falcons Deaf Friendly Rugby Programme. The aim of this project is to increase awareness, inclusivity and broaden the reach of rugby union throughout the North East deaf and hearing impaired community.

In the school’s programme element, KS2 children will be provided with a five week tag rugby and classroom education programme. Across five weeks the children will have two hours of deaf awareness, sign language and inclusivity education based around key components of the PSHE curriculum alongside an hour of tag rugby education, also incorporating these inclusive and deaf friendly elements. Alongside this, we will provide teachers with training on deaf awareness, elements of sign language and provide resources to sustain this delivery in the school upon completion of the programme.

In addition to the school’s element, we will be looking to engage local rugby clubs and provide volunteering support and education around deaf awareness, inclusivity and making local clubs a social hub and welcoming space for the deaf community.

A new programme this year sees the Foundation team up with Action 4 Children to work with Parents in our community.

Parents on the Ball (PotB) is an innovative programme and is one element of the ‘Team Up’ sports partnership service currently operating cross the UK North division of Action for Children. PotB is held at Kingston Park and particularly helps to engage more dads and male carers.

There are three elements each week in the 12-week programme:

We will also be working with parents returning to society.

This is achieved by supporting our Affiliated School’s development through increasing participation, recruitment of new players, development of coaches and incentivising ambassadors who assist with our work. 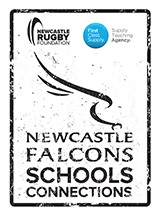 Starting in the new 2017/18 school year, the Foundation are teaming up with Tyne Metropolitan College. The two organisations have launched a brand new and unique College Rugby Union programme for students aged 16+ based at Kingston Park Stadium.

Combining practical rugby sessions and fixtures against other North East Colleges with a BTEC Level 3 qualification in Sport Studies, it is a great opportunity for club players to further their development. For more information click here.

Thanks to our fantastic partners. We couldn’t do it without you. 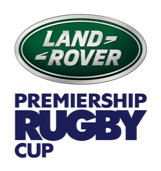