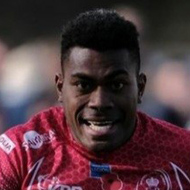 Vereimi Qorowale (full name Aloisio Vereimi Namuatabu Qorowale) joined Newcastle Falcons in the summer of 2022 from the British Army, where he served as a Rifleman in 2nd Battalion The Rifles (2 RIFLES) in Northern Ireland. During his time there the Fijian-born flyer played for the Army 7s team and Belfast Harlequins, where he was coached by former Ulster and Ireland scrum-half Neil Doak, having previously played for London Irish Wild Geese when he was stationed near London. A former back-row player in Fiji, Vereimi can play wing or centre.